The Museum of Electrical Technology (MTE) is about the fascinating story of the most important scientific discoveries and inventions related to the study of electricity from its origins to the present day. 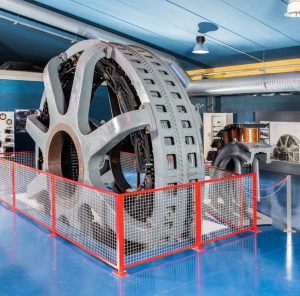 In a space of 5,000 square meters, more than 7,000 objects are exhibited, unique and original pieces from some of the most important Italian industrial and scientific-educational collections (Enel, Sirti and the University of Pavia). The museum is characterized by the presence of large objects that are particularly significant in the history of electrical science and the changes it has brought about in everyday life. For example, the Museum preserves an alternator from the Paderno d’Adda power plant, a Milan city tram, a particle accelerator, a wind generator and Eta Beta, a nuclear fusion generator resulting from an important Italian scientific project.
The exhibition also features an original example of an Enigma machine which, designed to protect patents and projects from industrial espionage, became an encrypted communication system used by the main headquarters of the twentieth-century armies, including the German, Japanese and US ones. Protagonist of books, spy films, television series, Enigma is best known for the contribution that the mathematician Alan Turing gave in deciphering Nazi communications during the Second World War. 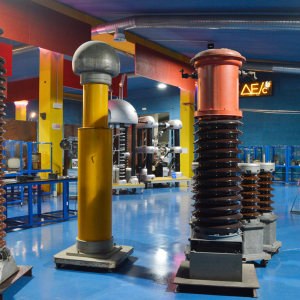 Inside the Museum it is possible to experience the functioning of some objects and closely observe their details, thus discovering the principles underlying the first arc lamps, telegraphs and telephones, devices supporting medical science, evolution of household appliances, up to the digital revolution.

From 2021 the deposit is open to the public on demand. It will be possible to appreciate a collection of hundreds of objects of common use that have marked the evolution of the electrical technique applied to photography, music, information technology, as well as in-depth sections dedicated to turbines. hydraulics, electric vehicles, telephone exchanges and military equipment.